Dice Rolls
I'm going to start off with a pretty straightforward thing. I know the roller has been a work in progress recently, so the coding might be fresh. This is wholly understandable that there might be some things that could use some working out.

The standard, default difficulty for mundane actions in oWoD is 6, not 7. There are a great many other factors that go into what determines a difficulty for any given roll. At the moment, however, the roller has a default of 7 and if you don't click the ellipses for advanced rolling options you might not realise that. Alternately, the difficulty in nWoD is always 8, but that's another barrel of monkeys.

Automatic successes can only be achieved under certain circumstances, the most commonly available being the expenditure of Willpower. The second most common is having a pool over the required difficulty, in which no roll is made but it's treated as a minimal success. Both those forms are only a single success at any given time. The other kinds of automatic successes are splat specific, like in Vampire the Potence score can be converted to automatic successes on Strength based rolls.

I don't know how the rolls are tied to the sheets, but this is where temporary and permanent pools matter. Until a person sleeps or has met empowering circumstance, they have a limited number of automatic successes that can be achieved in this way. If there were a way to check a box saying Willpower is used and that Willpower takes from the temporary pool, that would be neat. It would also require some daily rollover to restore a single WP per day up to the permanent amount, if this were the case.

Current/Maximum Stats
The current setup for Willpower and other pools like Blood/Gnosis/Rage/Quintessence/etc is a little awkward. My first couple characters I misunderstood the wording. I believe this also applies in nWoD pools, but I could be mistaken.

If the Current and Maximum pools for these kinds of things be listed as Temporary and Permanent, that could help clear it up. Most of the time, the maximum for these things is going to be 10. Blood pools can go beyond this, but their maximum depends on their Generation score.

Certain stats also rollover to a Permanent score when 10 points are reached, but that's maybe a bit complicated to consider.

Character Generation
I noticed this when building characters, but it could help to update the coding to allow only the kinds of backgrounds available to a splat to show up. So instead of anyone seeing Generation or Chimerical Companion, the list removes those from character types that don't have access to them. In the case of Changeling characters, this would also apply to what type of Changeling they're making, as the different varieties don't all access the same list.

Speaking of Backgrounds, there didn't appear to be any Mage specific ones on the list when I was working on mine. I just slacked off and forgot to write up a bug report.

Another thing that might be handy is having the Five Forms specific to Garou as part of the basic sheet? Instead of a block to write in our own stats, the space where "Attribute Notes" is currently could have the form changes automatically generated. It's not really a huge deal, but since there's not a lot of instances where the stats are altered from the standard +/- to attributes, it could be a thing.

Huge fan of Werewolf, so another observation. There's a box for filling in Gifts, but the Rites section is a sprawling list that takes up a lot of space. I personally didn't care for the page to stretch on and on, so instead listed them by type/rank so the actual list was a bunch of little notes under each entry.

Annnnnd... Okay. I think I had other thoughts and suggestions, but it's either slipped my mind or I had less ideas than initially thought.

Thank you for the extensive feedback, this is very helpful and very much appreciated!

We will be working on some of these things in the near future, so keep an eye out! If you have any other suggestions, please let us know! 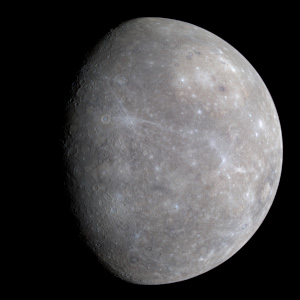 The standard difficulty for oWoD rolls has been updated. More updates to come later :)

This week we've modified the Current/Maximum Stats and they are now listed as Temporary and Permanent - they don't roll over yet at this time. More coming!

Backgrounds can be manually entered, so you no longer have to use a background list - should prevent any more missing backgrounds in the future :)